Are You Looking For a Fast Process Server in Universal City CA to Serve Your Legal Documents?

We have been in business over 10 years with a excellent record at serving our client’s documents in a timely manner.  Your legal documents will be served by our professional, registered, bonded and Licensed process servers who have many years of experience. Elite Pro Servers takes pride in each service to build lasting relationships with our clients. Whether you have one service, or you’re a Law Firm that needs many legal services, we value each and every Service. We provide routine, rush, and priority service throughout Los Angeles County.

Having your documents served has never been easier.  Just click on the Request Service button below or call (818) 527-5612 to start:

If You Need a Process Server in Universal City CA, We Offer High Quality and Reliable Service at Very Competitive Rates.

Do you need a fast and reliable process server in Universal City  CA? It is our mission to serve your important documents in the most time and cost effective manner and we are willing to go the extra mile to get it done. We don’t rest until your documents are served. The backbone of Elite Pro Servers is its experienced and honest team of professionals who are registered, bonded, and highly experienced in the ins and outs of process serving as well as other services. We welcome the opportunity to show NEW clients serving your documents in the most timely manner possible.

Most Local Basic Process Serving Jobs are $55.00. Stakeouts, messenger and courier are $40.00 Per Hour.

We Make it Very simple to get your documents served with our easy 3-step process:

STEP 1
Just give us some information about the type of documents you would like served and the zip code of the service.  You can give us a call at (818) 527-5612 or fill out our quick form below.

STEP 2
We will review your requested service and give you a very fair price, usually within 1 hour.  If you decide to hire us, you can submit your docs either by fax, email or our online form.

STEP 3
We will serve your documents in the most timely manner possible.  Once the your documents are legally served, we will notify you and supply you with the Proof of Service which you can either file yourself or we can file for you.

Simply click on the Request Service Button below and fill out the online form or call (818) 527-5612 to speak to a process server in Universal City Ca.

"I had a very difficult situation with a previous client and Kim went above and beyond in taking care of it for me. I've used several different companies but never have I felt the need to post a review. I definitely recommend Elite Pro Servers if you have a situation that needs to be taken care of in a quick and professional manner." 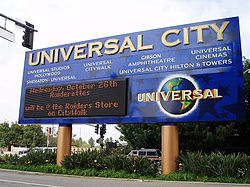 Universal City is an unincorporated area within the San Fernando Valley region of Los Angeles County, California, United States. Approximately 415 acres (1.7 km²) within and around the surrounding area is the property of Universal Pictures, one of the six major film studios in the United States: about 70 percent of the studio’s property is inside this unincorporated area, while the remaining 30 percent is within the Los Angeles city limits.

Carl Laemmle officially opened the Second Universal City (Lankershim Boulevard) on March 15, 1915, on the 230-acre (93 ha) Taylor Ranch property. At the launch event, in what is now the North Hollywood area, a crowd of men and women eagerly awaited the display of the film stages, daredevil stunt pilots and silent film idols, as well as the movie cameras Laemmle had brought along. “See how slapstick comedies are made. See your favorite screen stars do their work. See how we make the people laugh or cry or sit on the edge of their chairs the world over!” stated a poster touting Universal’s opening. “C’mon out! Aw, c’mon!”

In 1912, Laemmle briefly operated three small studios – Bison, Nestor, and Oak Crest Ranch. After a court battle with New York Motion Picture Company, control of the Bison lot was returned to the New York Motion Picture Company. The court allowed Carl Laemmle to retain use of the name “Bison” as “Bison 101” for his westerns, which were filmed on the Oak Crest property in the San Fernando Valley. The Oak Crest Ranch is where Laemmle filmed the western At Old Fort Dearborn. The Providencia Land and Water company, called “Oak Crest Ranch” in the trade papers, became the first Universal City location.

In 1913, Laemmle consolidated the Nestor studio (Hollywood) and Oak Crest ranch (Providencia) property. His first Universal City was too small, so he ordered a search for a new and larger property in the valley, a location with more space. Laemmle leased Providencia ranchland in the San Fernando Valley in 1912. If it was a city, it was a haphazard one (Motion Picture World): with the help of nearly 300 movie hands and actors, Laemmle erected makeshift buildings, set up cameras and began churning out hundreds of one- and two-reel silent westerns.